Another $500 Billion In Spending Needed?

California voters just gave a big nod to spending $7.5 billion on storage and other water needs but Proposition 1 would be just a drop in the down payment bucket if the updated 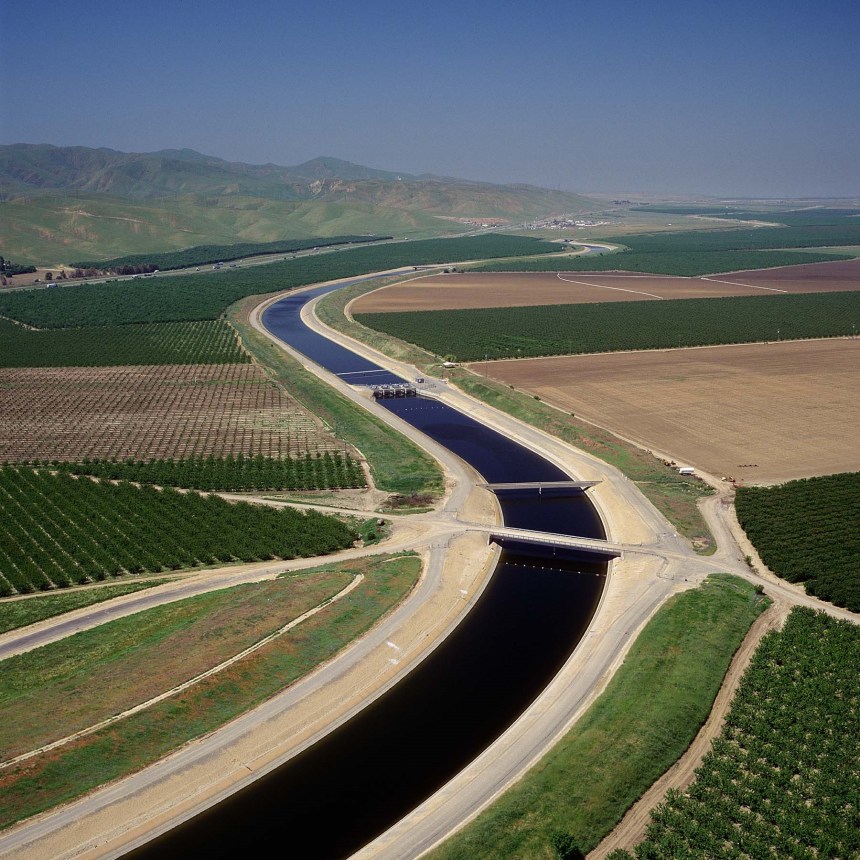 The California Aqueduct, flowing along the West Side through Stanislaus County.

California water plan and its state framers are correct.
Secretary of Natural Resources John Laird and Department of Water Resources Director Mark Cowin introduced the water plan by telling reporters the state needs to invest up to $500 billion more over the next 3½ decades if it is to keep up with growing population and ever-more-stressed water supplies.
State officials are calling for $100 billion in flood-control projects and $400 billion to fund a wide range of projects proposed by different California regions.

New water user fees are suggested by the water plan as a means of paying the price. Higher water costs should not be a surprise, Cowin said.
“California’s complex water system features federal and state water projects, hundreds of local water districts, large coastal cities, and vast tracts of farmland,” Cowin said. “To manage our water wisely, Californians need a shared understanding of our challenges and a vision for the future. The California Water Plan Update 2013 delivers that and creates a path forward.”
The plan carries 2013 in its title for the year in which it was to have been completed by the Department of Water Resources.

The finished product places significant emphasis on integrated regional water management and multi-agency collaboration. It outlines goals state water managers hope to see implemented in California’s water system through 2050.
Among its top priorities is the implementation of Governor Jerry Brown’s five-year California Water Action Plan, which includes the Bay Delta Conservation Plan and the controversial $25 billion twin tunnels project. (The Delta tunnels were not part of the water bond that was approved by voters November 4.)
Cowin said the drought is “testing the system.” He contended the water plan “lays out a basic approach of improving the resiliency of our water system and facing future challenges.”
Increased intergovernmental collaboration is proposed from federal, state and local levels as well as the integration of land use planning with water planning.
Paul Massera, the plan’s Program Manager for the California Water Plan update, said “a broad definition of integrated water management” was developed.

Some 300 specific actions are proposed. They include expanding water storage capacity, providing safe drinking water and expanding conservation.
“When it comes to water our challenges are as diverse as our state of 38 million people,” said Laird. “Right now we face one of the most extreme droughts in modern times.” He said no previous water plan “has depended so heavily on the involvement of so many stakeholders.”
The state officials said the updated water plan looks at possible effects of everything from shrinking snowpack, rising seas and encroaching salinity in waterways to more frequent droughts under climate change.

← Drought Water Bank May Be State Option In 2015
AROUND CALIFORNIA →