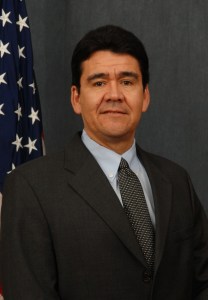 Michael L. Conner, who has served as Commissioner of Reclamation for the past five years, has been confirmed unanimously as Deputy Interior Secretary.
The Senate voted 97-0 to confirm Connor’s promotion into the No. 2 position at Interior, the federal agency that includes Reclamation and the Central Valley Project.
Lowell Pimley, Deputy Commissioner of Operations for the Bureau of Reclamation, has been designated as the Acting Reclamation Commissioner until a replacement is nominated by the President and confirmed by the Senate. Pimley, a civil engineer, joined Reclamation in 1980.
Connor became Commissioner in May 2009.
Ronald D. Jacobsma, Friant Water Authority General Manager, noted that Friant “worked well with Mike Connor in his previous position and we look forward to ongoing interaction with him in his new role.”
Connor, a native of New Mexico, said his background has helped him understand “the importance of water in the West… . Water is a recurring part of my family history.”
Connor previously served eight years as Counsel to the U.S. Senate Energy and Natural Resources Committee, a position in which he managed legislation for Reclamation and the U.S. Geological Survey, developed water resources legislation. From 1993 to 2001, Connor served Interior as Deputy Director.