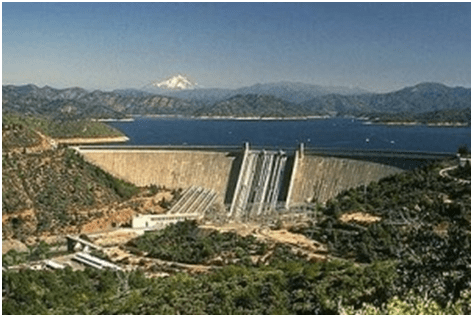 Another step has been taken toward the possible eventual expansion of Northern California’s largest and most important reservoir.
The U.S. Bureau of Reclamation has issued a draft environmental impact report on the impacts of raising Shasta Dam. The facility is on the Sacramento River north of Redding.
A 90-day public comment period is under way and will continue through September 30.
Six alternative plans were analyzed on modifications to Shasta Dam and Lake Shasta.
Reclamation officials said the proposed project is intended to increase survival of anadromous fish (including salmon) populations in the upper Sacramento River as well as to increase water supply and water reliability for agricultural, municipal and industrial and environmental purposes.
Three public workshops – in Redding, Sacramento and Los Banos – were scheduled to be held after press time