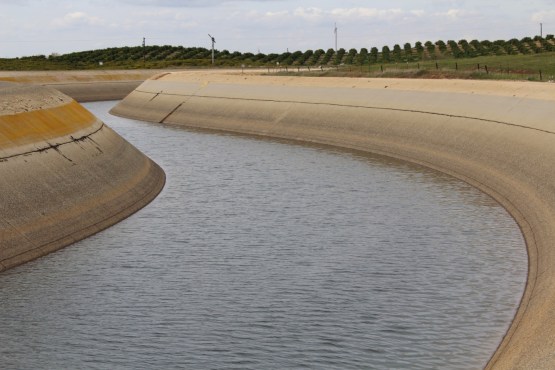 Flows and demands are still very low but water is again flowing through the Friant-Kern Canal (as viewed near Academy,  northeast of Clovis). Deliveries are resuming after a dewatering period of nearly four months to permit  chemical treatments aimed at controlling an infestation of an exotic aquatic weed, Western water milfoil, near Orange Cove. Health officials have declared canal water safe for human consumption. Water quality tests show the water, even with tiny traces of remaining chemical residue, can be used for irrigation on all crops except nursery stock.  A great deal of other major maintenance and construction was completed on facilities and equipment along the 152-mile-long canal.