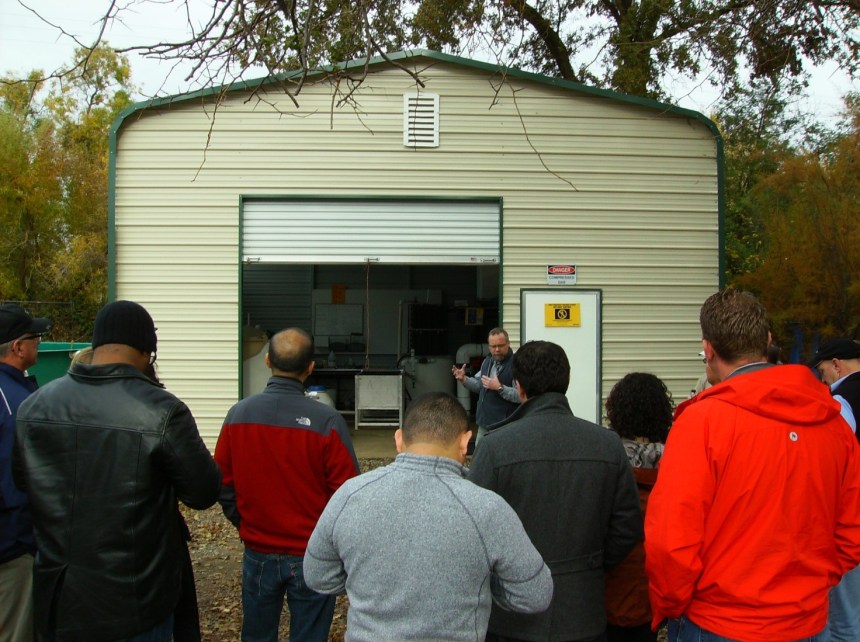 A tour group looks over the interim salmon hatchery at the site of the proposed San Joaquin River
Restoration Program Salmon Conservation and Research Facility. The new hatchery will be adjacent to the existing Friant Fish Hatchery.

Plans for a key hatchery facility, considered vital in the effort to restore a salmon run in the San Joaquin River, have progressed to the environmental review stage.
The California Department of Fish and Wildlife (CDFW) earlier this month released a draft environmental impact report (DEIR) for a new hatchery being called the Salmon Conservation and Research Facility (SCARF) to assist with the restoration of San Joaquin River salmon runs.
The U.S. Bureau of Reclamation has released a final environmental assessment and finding of no significant impact in order to fund operations and maintenance of the new facility.