Frustration over U.S. Bureau of Reclamation management that is resulting in no Central Valley Project water deliveries within the parched Friant Division is mounting among aggravated directors and district managers, one of whom termed Friant as “Ground Zero” for the state’s massive drought crisis.
The emotional discussion occurred during a June 26 Friant Water Authority board meeting in Visalia and was directed largely at Michael Jackson, Reclamation’s Area Manager in Fresno.

Board members were considering bills when attention became focused on a substantial but normally routine operation and management (O&M) payment to the San Luis and Delta-Mendota Water Authority.
Under a long-standing agreement, Friant water users pay a portion of Delta-Mendota Canal O&M costs to cover charges for delivery of a substitute supply of Delta water to the San Joaquin River Exchange Contractors.
For more than 60 years, that substitute supply has been the key element in a water exchange that typically makes San Joaquin River water available for diversion at Friant Dam into the Friant-Kern and Madera canals.
Friant leaders contend that crucial water management decisions made over the past few months by Reclamation have been a key contributor to the continuing first-ever releases of Friant project water supplies down the San Joaquin River to deliver to the four Exchange Contractor entities holding the river’s senior water rights.
Those historic Friant Dam releases began May 15 but the Delta-Mendota Canal O&M charges to Friant, by agreement, have continued.

‘I NEED WATER DOWN THE CANAL’

The debate quickly swelled to include Bureau management and the lack of Friant water.
“My interest is simple,” said Michael Hagman, General Manager of the Lindmore Irrigation District in Tulare County. “I need water down the canal to my district. I’m real frustrated, Mike. I don’t think enough is being done out of the Fresno office. We can’t get answers from you.”
Nor can Lindmore get any CVP water.
Like every other of the 31 Friant Division contractors, Lindmore this year has a zero allocation of Central Valley Project water and, for the first time since accepting its first CVP supplies in 1950, has no project water to deliver.

Friant officials have never disputed the Exchange Contractors’ rights – dating to the 1870s – to be first in line for San Joaquin River water if Reclamation is unable to deliver the substitute supply from Northern California.
However, Friant leaders have laid blame squarely upon the Bureau and federal regulatory factors that did not exist in past critical droughts. As a result, Reclamation has opted to hold water in Lake Shasta and San Luis Reservoir that might otherwise have been available for Exchange Contractor use to free up at least some San Joaquin River water for Friant users.
The Friant Water Authority and several of its member districts on May 20 filed litigation against the Bureau which is still pending although a U.S. District Court judge turned down Friant’s request for a temporary restraining order. FWA directors are considering options.

Dale Brogan, Delano-Earlimart Irrigation District General Manager, called on Reclamation to pay attention to “real world effects” on the eastern San Joaquin Valley because of its decisions.
“The Bureau seems to be passive and certainly willing to balance the hurt on Friant growers,” Brogan told Jackson. “I would really encourage you to begin dealing with that perception.
“Nobody else in the state of California is being hurt like Friant,” Brogan added. “We’re Ground Zero. We’re it.”
Arvin-Edison Water Storage District General Manager Steve Collup said, “There are some real questions about how you are interpreting the [Exchange Contractor purchase and exchange of waters] contracts. It may be too late to do anything this year but this issue is one of many that have fallen like dominos because of the decisions Reclamation has made.”
The purchase and exchange contracts Collup mentioned date from 1939. Under them, the Bureau of Reclamation purchased numerous historic and senior San Joaquin River and Fresno Slough water rights from the huge cattle firm of Miller & Lux and pledged to provide a substitute Delta supply to the entities that became the Exchange Contractors. Miller & Lux preserved its historic water rights in what became the Exchange Contractors’ western San Joaquin Valley service area.

ANY WOULD HAVE HELPED

Tom Barcellos, a Lower Tule River Irrigation District Director, said the situation for Friant users is dire.
“Any little water down the canal would have helped,” Barcellos said. “We have wells drying up.”
Friant Water Authority General Manager Ronald D. Jacobsma told Jackson, “What you are hearing is all based on the same thing. All of the Friant growers feel the Bureau is not implementing the exchange contract in an acceptable form and all of these problems are resulting from it.”
Jacobsma acknowledged, “We’re in uncharted territory,” but he added, “The bottom line is there would have been water in Friant – a small pool of water at least – except for the problems with implementation of the purchase and exchange agreements.” Friant staff worked with state and federal agencies for months this spring pushing to generate additional releases from Northern California CVP water storage facilities for delivery to the Exchange Contractors, particularly after a couple of late spring rain events. No such releases occurred, in large part due to ESA salmon temperature concerns by the National Marine Fishery Service. 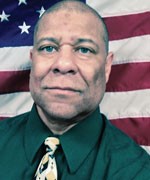 Jackson responded that Reclamation officials “met several times with a group of [Friant] contractors. Prior to the litigation our doors were open on that. We didn’t reach agreement. We did explain how we reached decisions. Everybody in this [Friant board meeting] room was invited.”
Jackson would not comment further on the litigation except to say, “To the extent we disagree, we disagree.” At another point, Jackson said of the purchase and exchange agreements, “The contract says what the contract says.”
“Try to get by without water and you’ll see how we feel,” said Saucelito Irrigation District Director Lucille Demetriff.”
Jackson said he “has a serious level of appreciation” about the situation.
“You are nowhere near where we are,” Demetriff said.
Jackson acknowledged, “I’m not in your shoes.”

He said Reclamation, even with use of Friant water, is still falling short of its contract minimum delivery of 650,000 acre-feet for the Exchange Contractors and remains keyed on Delta operations because of a continuing salinity problem related to low flows. “I’m still concerned about health and safety [domestic water supply] issues come the fall until we get some precipitation.”
In the end, after hearing General Manager Jacobsma point out that the San Luis and Delta-Mendota Water Authority O&M payment obligation in question is based on an agreement with the San Luis and Delta-Mendota Water Authority who are not the subject of Friant’s water management objections, the bill was approved for payment.