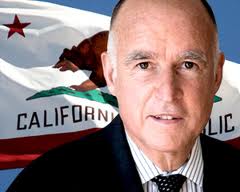 Water remains high on Governor Jerry Brown’s after-election agenda but it remains to be seen what course that objective will take.

During a November 7 State Capitol news conference, the third-term Democratic Governor told reporters that there remains a “lot to do in securing water reliability, and I intend to give my full attention to that.”

Brown will almost certainly have a Democratic super majority with which to work in both the State Senate and Assembly, meaning Republicans will lack votes to block issues that are routinely decided on party-line votes in the very-divided Legislature.

Although Brown has been lukewarm on the state infrastructure bond that has been delayed until the 2016 ballot, he has been a major supporter of a comprehensive plan for the Delta, including a proposal to bypass the troubled estuary with flows destined for export to the Bay Area, Central California and Southern California through pumping plants near Tracy.

(The Governor’s Delta tunnels plan hit a snag this month when it was learned test drilling would have to wait until spring after judges in three counties rejected state requests to move the testing ahead quickly so it could be performed in advance of the rainy season. In court documents, the state argued any delay could drive up the cost of the $11-14 billion project.)

“We will always have issues between the money we have, and what we do with it,” Brown said of the state’s needs.

Other top priorities for Brown include: