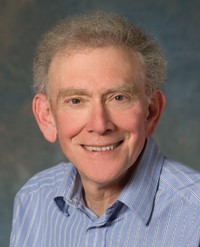 Jerry Meral, who retired on New Year’s Eve as Governor Brown’s leading water official, came into the second Brown administration best known for his preservationist and environmental work but earned many accolades from California’s water industry.
It was actually the second time Meral had retired from a Brown administration. He served Brown as a water advisor from 1975-83.
SINCE 2011
Meral was brought back to Sacramento when Brown returned to the State Capitol’s top job in 2011.
“At the time, with so many big issues on the table, there was some uncertainty as to the direction of the administration given his career credentials but Jerry Meral did an admirable job in advancing the coequal water supply and environmental goals of the state” said Ronald D. Jacobsma, Friant Water Authority General Manager. “Jerry has been great to work with and Friant has enjoyed an excellent relationship with him.”
Meral has been no stranger to Friant and the valley. He has toured key features, most recently the proposed site of Temperance Flat Dam and Reservoir on the San Joaquin River in upper Millerton Lake, and has met regularly with Friant officials in the valley and Sacramento.
WORKED ON BDCP
Meral has been an administration point man on the Bay Delta Conservation Plan and the twin tunnels project that the Brown administration proposes as a Delta bypass for water destined to be pumped into federal Central Valley Project and State Water Project canals near Tracy for conveyance down the valley’s West Side.
A state Natural Resources Agency spokesman told the Sacramento Bee, “While we’ve reluctantly accepted Dr. Meral’s decision to retire for a second time, his contribution to achieving the state’s dual goals of water supply reliability and ecosystem restoration is incalculable.”