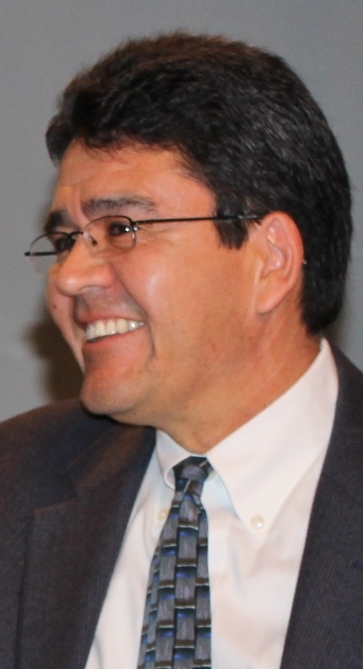 Michael Connor came to Fresno this month as Commissioner of Reclamation but headed for a new and higher office.

Connor, who spoke August 3 at the Delta Water Summit at California State University, Fresno, a few days earlier was nominated by President Obama as Deputy Secretary of the Department of Interior.

It was widely reported that Connor seems to have bipartisan support from the Senate Energy and Natural Resources Committee. He must be confirmed by the Senate.

The Bureau of Reclamation, which Connor has headed since 2009, is the Interior Department agency in charge of California’s Central Valley Project, which includes the Friant Division. Reclamation operates and maintains or oversees federal irrigation and power projects in 17 Western states.

During the Delta Water Summit, Connor said that Reclamation recognizes the seriousness of the current water supply situation and he startled many in the audience by announcing the Bureau is making a preliminary study into raising the height of B.F. Sisk-San Luis Dam.

“We have taken a number of actions this year that have added about 5% to [south of Delta] allocations, about 100,000 acre-feet,” he said. Connor said Reclamation has facilitated approximately 300,000 acre-feet of supplemental water supplies.

Having already heard a number of Delta Water Summit speakers call for easing of Delta water export  pumping restrictions as  a short-term means of at least easing some of the valley’s water supply crisis, the Commissioner said the Bureau is “engaging the fishery agencies on ways to protect the species [in 2014] while lessening impacts on water supplies.”

Connor said he spent much of August 2, the day before the Delta Summit in Fresno, “in the valley out on the ground talking to farmers. I was really struck by the concern from neighbors” of those who lack adequate water supplies on the West Side.

Friant Water Authority leaders and officials from a few other CVP contractor agencies held a dinner meeting with Connor in Fresno that evening and discussed a wide range of issues, including San Joaquin River Restoration Program problems and concerns, Delta difficulties and the BDCP and a number of other matters.

“The Commissioner was very receptive to what we had to say,” said FWA General Manager Ronald D. Jacobsma. “When it comes to the issues and water problems with which we are dealing, he gets it.”

The Commissioner during his Summit remarks acknowledged that “even with an average water year in 2014, prospects are for a very low supply. We need to make sure we are moving on all fronts.” Short-term infrastructure development projects could be part of the effort, Connor said. No specifics were offered.

In response to an audience question that suggested the federal government should impose a two-year moratorium on Delta Endangered Species Act protection, Connor said the issue is regulated by law.

“The bottom line is that we have to maintain compliance and [species] protection,” he said. “We are continuing to try to improve how we apply the Endangered Species Act.” That may include finding means of maintaining Delta pumping by achieving better information on where protected species are located and how the agencies deal with turbidity issues in next year’s operations, he added.

“We’ve taken a number of actions since 2009 but we are not keeping up” in areas such as hydrology, water quality, ESA compliance, the biological opinions and issues related to seniority of water rights, the Commissioner said.

“If we took the biological opinion out of the equation this year, the allocation would have probably been about 35% south of the Delta. I mention this because it indicates how dry it is. We keep trying to be aggressive and we keep falling behind in years like this.”

In response to a Delta Summit question by valley agricultural leader John Harris on why President Obama or new Interior Secretary Jewell has not visited the valley, the Commissioner said he would “convey these thoughts and the urgency to folks in the White House. We have to have a sense of urgency here on the ground because of jobs.”

If confirmed as Deputy Secretary, Connor would succeed David Hayes, who recently left the position, and would be second in command at Interior under its newest Secretary, Sally Jewell.

“He has proven himself to be a thoughtful and collaborative leader on some of the toughest challenges at the Department — including finding sustainable solutions to water challenges in the West and resolving Indian water rights claims,” said Jewell.

Before becoming Commissioner, Connor was Democratic counsel to the Senate Energy and Natural Resources Committee from 2001-09, during which he managed legislation for the Bureau of Reclamation and the U.S. Geological Survey while handling Native American issues. From 1993-2001, Connor worked for Interior in the Solicitor’s Office, and then as director of the Indian Water Rights Office.

As Commissioner, Connor has been involved deeply from the federal side in California’s Bay-Delta Conservation Plan process. He was a leader in negotiating an agreement allowing Mexico to store some of its Colorado River water in Lake Mead. 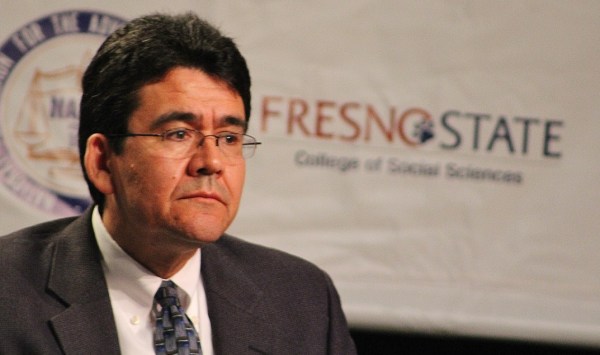