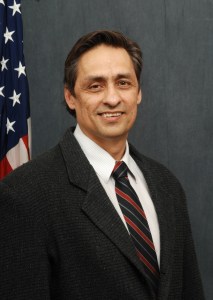 A new U.S. Bureau of Reclamation Regional Director will soon be on the job but the Friant Water Authority will continue to see a great deal of his predecessor.

David Murillo, a Deputy Reclamation Commissioner the past two years, has been appointed Mid-Pacific Regional Director in Sacramento.

The current Regional Director, Don Glaser, will move to Denver where he will work on several high priority projects for Commissioner of Reclamation Michael L. Connor.

In a conversation with Friant Water Authority General Manager Ronald D. Jacobsma, Glaser said his new assignment will include direct involvement in the San Joaquin River Restoration Program and Delta issues, all of which affect Friant water users and in which the FWA is involved closely.

“Friant has an excellent working relationship with Don and welcomes the opportunity to be able to continue to work closely with him,” Jacobsma said.  “David Murillo has a long history in the Bureau of project design and development, which should be a big help in the Restoration Program and its Water Management Goal for returning Restoration water to Friant users as well as overseeing the Central Valley Project.”

The two are expected to assume their new positions by January, Connor said.

Murillo has worked at several levels within the Bureau and, said Connor, “has demonstrated his ability to collaborate with the many partners and stakeholder interests of Reclamation.”

He has served as Deputy Commissioner for Operations since 2010. He joined Reclamation in 2000 to manage a field office in Yakima, Washington. There he was responsible for the operation and maintenance of  reservoirs, fish facilities and hydropower plants, and the recovery of several salmon species. He then served as the Power Manager at Grand Coulee Dam, the nation’s largest hydroelectric facility.

Murillo graduated from Washington State University with a Bachelor of Science degree in mechanical engineering in 1984. 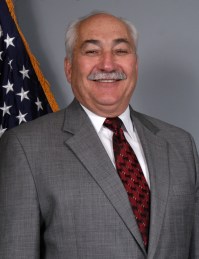 He also was a water consultant, Executive Director for the Presidential Commission on Western Water Policy and the Bureau of Land Management’s Colorado state Director.

← Around Friant and the Valley
Voters Reject Hetch Hetchy →