Federal sequestration became reality March 1 and while the U.S. Bureau of Reclamation expects its employees and at least some operations and activities to be impacted, the agency’s business most often noticed by water users is likely to pretty much go on as usual.

Reclamation expects to sustain a 5% across-the-board reduction in its finances.

The Bureau administers the massive Central Valley Project. It operates and maintains Friant Dam and administers the Friant Division’s CVP water supply. Reclamation also is leading the San Joaquin River Restoration Program and operates a projects and programs in California and 16 other Western states. 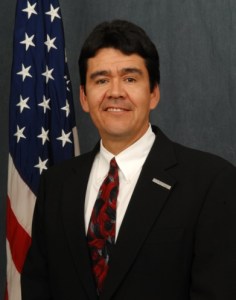 “There will be impacts, and we’ll manage our way through 2013 as best we can, unless there’s some new direction,” Commissioner of Reclamation Michael J. Connor stated at the Family Farm Alliance’s 25th Annual Meeting and Conference in Las Vegas, Nevada. “If the sequestration extends into 2014, there will be even more significant impacts at that point in time.” He said Reclamation has had “to hold back on some of the programs we run.”

Some $85.4 billion in federal fiscal cuts automatically took effect when Congress failed to agree on spending limits by March 1, a deadline that had been extended two months. If Congress does not resolve the issue, similar cuts will continue through fiscal year 2021.

Michael Jackson, who heads Reclamation’s Fresno Area Office, told Friant Water Authority directors February 28 in Visalia that all Bureau employees could be facing up to 22 furlough days but that 30 days notice must be given before furloughs would become effective.

“No matter what our final operating plan is, as we come out in dealing with sequestration, we’re going to have to once again take a look and manage some recession of the things that we thought we were going to be able to do,” Connor said in Las Vegas.

Connor added, “We’re going to have some programs where we’re on track to keep up with certain commitments from an environmental compliance standpoint, from the grant program standpoint, and probably not have the resources that we thought we were going to have.

“Certainly the viewpoint from the administration is that sequestration is a bad policy idea, but nonetheless we are working very aggressively, in a lot of different areas, to do our part to address the deficit situation, and to be much more efficient in how we manage our programs, and carry out our policies.”

“First and foremost, we’ve got to operate those projects for which we’re responsible for,” he said. “That means we have to take care of the infrastructure; that means we need to deal with the operational issues that come up on a yearly basis.”