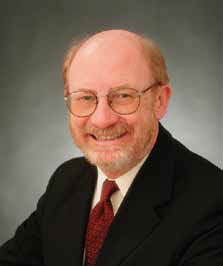 Signaling that Governor Brown’s administration continues to place a high priority on finding solutions to the Bay-Delta Estuary’s many problems, state Resources Secretary John Laird has described California as having a unique “window” of opportunity to resolve the problems once and for all.

Laird spoke February 26 at the University of California, Davis. He said a combination of Democratic administrations in Sacramento and Washington led by Jerry Brown and President Barack Obama “are aligned” and will make it possible to find workable solutions.

They “really want a Delta fix,” Laird said of the state and national leaders.

Laird said the state in the midst of a unique window of opportunity that is opened only rarely – perhaps only every 10-15 years – with just the right blend of need and political forces working together, with stakeholders also willing to compromise and make tough decisions as well.

“We are trying to work on everybody and it will cause everybody to go to the edge of their comfort zone,” Laird said.

An unknown factor on whether or not Delta problems can be resolved involves public perception, he added.

Many Californians, he said, are confusing contemporary proposals for conveying north state water through the Delta in a pair of large tunnels as another Peripheral Canal, a plan voted down in Brown’s first administration in 1982, and have locked themselves into previous opinions about the Delta’s issues and possible solutions.

He pointed out that environmental reviews and protections were not nearly so strong then as they are now.