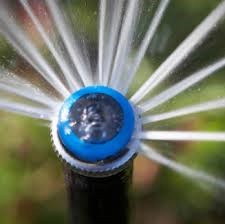 by the Office of Administrative Law.
State Water Resources Control Board members on July 15 adopted the measures as a means of imposing some degree of conservation on all Californians in the wake of three critical drought years.
Prohibited are certain types of outdoor water uses. Local urban water agencies are required to activate water shortage contingency plans at a level that includes mandatory outdoor irrigation restrictions.
The regulations are currently scheduled to l ast until April 25, 2015.
Local water agencies must now report monthly water production data.
Californians cannot use potable water to:
• Wash down sidewalks and driveways.
• Water outdoor landscapes in a manner that causes excess runoff.
• Wash a motor vehicle with a hose lacking a shut-off nozzle.
• Operate a fountain or decorative water feature, unless the water is part of a recirculating system.
Fines for non-compliance could range up to $500 per day.
State Board officials said the action was needed to allow a more efficient, real-time process for enforcing ongoing curtailments.
Without the regulatory action, officials said, diverters could potentially delay compliance through procedural measures well into the dry season, or until no water remains.
Such delays – and the worsening drought – could result in water right holders with more senior rights being ordered to curtail water, officials said. Junior (post-1914) water rights have already been curtailed.
“This emergency regulation provides certainty to our existing water rights system, and allows the board to move quickly to assure that the senior water rights holders have the water they need as this very dry summer progresses,” State Water Board Chair Felicia Marcus said.

The Friant Water Authority has submitted its comments on the state’s massive Bay-Delta Conservation Plan (BDCP). Friant has lots of company.
Water agencies and other agencies and organizations around the met a July 29 deadline to submit comments.
The highly-debated proposal includes plans for a pair of tunnels that would convey north state water under the environmentally troubled Delta from near Hood on the Sacramento River to near state and federal Delta water export pumping plants near Tracy and Byron.
Water user beneficiaries would be expected to pay the estimated $25 billion that the tunnels would cost. The Friant Water Authority has yet been unable to identify any benefits Friant would receive.

Lake Mead At Its Record Low 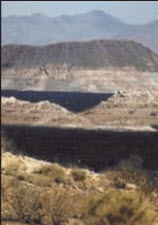 Water storage in America’s largest reservoir, the Colorado River’s Lake Mead in Nevada and Arizona, has fallen to its lowest level since 1937 when the lake was first being filled.
Minimum storage fell below a surface elevation of 1,081.8 feet above sea level, the latest signal of the river’s driest 14-year period in recorded history.
No water use restrictions were triggered for California or the other six states in the Colorado River Basin but the extremely low storage is viewed as an indication of the Southwest’s extreme water supply reality.
Restrictions are not expected to be imposed until 2016. By then, Lake Mead is projected to drop below 1,075 feet, a threshold that forces cuts in water deliveries to Arizona and Nevada, states at the head of the line for rationing under the Colorado River Compact.
Colorado River supplies have no direct impact on the San Joaquin Valley but the river does supply some 40 million people in the U.S. and Mexico with a portion of their drinking water.
Nevada’s gambling mecca, Las Vegas, is the most vulnerable. It draws 90% of its water from Lake Mead.
Southern Nevada’s regional water authority is spending $829 million of ratepayer money to dig two tunnels — one at the lake bottom that will be completed next spring and the other an emergency connection between existing intakes.

Attempts to chemically battle invasive quagga and zebra mussels in lakes, rivers and water supply facilities have been given a shot in the arm by the federal Environmental Protection Agency.
The EPA approved use of Zequanox. The chemical, developed by a Davis firm, has been tested two years.
The pests have crippled the Great Lakes region as well as Lake Mead in Southern Nevada, Lake Powell in Utah, and rivers, reservoirs and water conveyance facilities in Southern California.
The exotic species has invaded 26 lakes and rivers, in Southern California, since 2007. No such finds have been made in San Joaquin Valley water systems although their cousins, zebra mussels, have infested a lake in San Benito County.