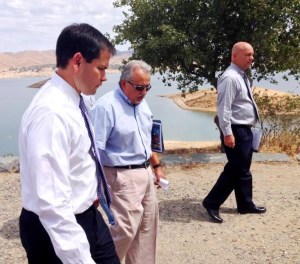 Friant Water Authority leaders never turn down an opportunity to explain the valley’s water crisis to a United States Senator, especially on Friant’s home turf.
Senator Marco Rubio (R-FLORIDA) met with Friant officials and other Central Valley Project users August 12 during a brief San Joaquin Valley visit.
Rubio saw the CVP’s Friant Dam and Millerton Lake, the San Joaquin River facilities from which Friant users are normally served with water.
Because of the drought and environmental water management choices, the U.S. Bureau of Reclamation has made no CVP water available to Friant users this year.
FWA General Manager Ronald D. Jacobsma said the hour-long Friant Dam visit “presented a great opportunity to explain how our growers and their communities are suffering because of the lack of project water.”
He and Assistant General Manager Mario Santoyo joined Authority Chairman Harvey Bailey, Orange Cove Irrigation District board President, in explaining to Rubio about some of the water problems and needs with which valley water agencies are dealing on behalf of their users.
“We were part of an effort to educate Senator Rubio on water issues and the importance of surface storage, including the need for new reservoirs,” Santoyo said. “We had a chance to talk about the state water bond proposal as well as plans for the Temperance Flat Reservoir on the San Joaquin River.”

That included a need for federal help in securing Temperance Flat funding beyond that which may become available from the state. Rubio also had an opportunity to learn about 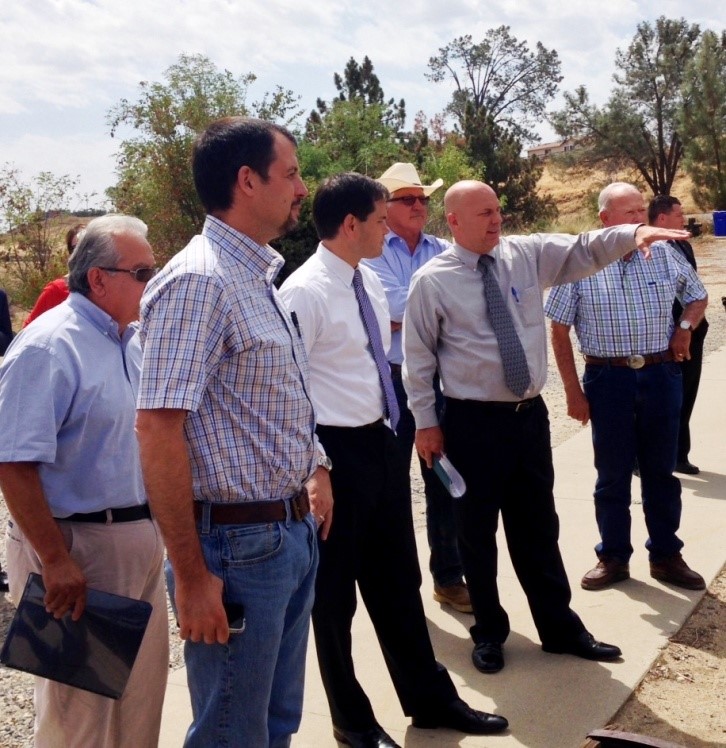 the ongoing water crisis facing CVP and State Water Project contractors along the valley’s West Side as a result of continued curtailments of supplies of Delta water export pumping needed to move north state water from the federal and state projects south and into Central and Southern California.