Friant Water Authority Board of Directors has selected Jason Phillips to be their first Chief Executive Officer.

“This is a critical time for Jason Phillips to become Friant’s first Chief Executive Officer,” said Friant Chairman Eric Borba. “We need a leader who will thrive in the highly dynamic environment of California water. Jason’s experience with the Bureau of Reclamation and his vision, strategy and track record is exactly what Friant needs. He has a proven ability to inspire, energize, and connect with employees, partners, customers and leaders. 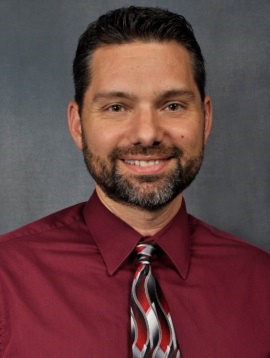 Jason joined the Bureau of Reclamation in 2001 and moved quickly through the Bureau’s ranks. He most recently served as the Bureau’s Deputy Regional Director of the Mid-Pacific Region. He has helped lead and execute many of the Bureau’s programs, including the Klamath Project, the San Joaquin River Restoration Program, the Upper San Joaquin River Basin Storage Investigation, and the San Luis Drainage Feature Re-evaluation. “I am looking forward to joining the Friant Water Authority where I will be representing great people and working with an excellent team,” said Phillips. “Family farms, businesses, and cities depend on a reliable water supply from Friant for their livelihood. Unfortunately, they have been severely impacted by the lack of water in recent years. I will be committed and focused on taking strategic action and forming key partnerships necessary to improve short and long-term water supply reliability. The confidence the Board has in my ability to succeed in this role means a lot to me and will be important to our overall success.”

“Jason is clearly the leader for Friant’s future, and he has the unanimous support of the Board of Directors,” said Eric Borba, Board Chair. “We initiated the formal CEO process several months ago, searching internally and externally to find the best leader for our membership and staff. With Jason taking the role of CEO, the Board is very confident the Friant Water Authority will have the leadership necessary to improve and protect our water supplies.”

The Authority operates and maintains the Friant-Kern Canal, a conveyance feature of the Central Valley Project. The Authority consists of 14 water purveyors. The Friant Service area includes approximately one million acres and 15,000 mostly small family farms on the east side of the southern San Joaquin Valley (Merced. Madera, Fresno, Tulare, Kings, and Kern counties). Friant Division water supplies are also relied upon by several cities and towns, including the City of Fresno, as a major portion of their municipal and industrial water supplies.

Phillips received a Bachelor of Science degree in civil engineering at Portland State University. Before joining the Bureau of Reclamation, he worked as a Civil Engineer and Project Manager for the Army Corps of Engineers for both the Sacramento and Portland Districts. Jason currently lives in Roseville, California with his wife and three children ages 16, 14, and 12.