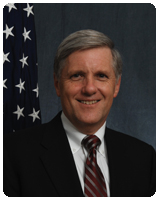 David J. Hayes, who was touted as a federal “water czar” for California when he took office, will step down next month as Deputy Secretary of the Interior. Hayes is becoming a senior fellow at the Hewlett Foundation and will teach at Stanford Law School in the fall.

Soon after his unanimous 2009  Senate confirmation, Hayes appeared at a forum at California State University, Fresno, with then-Secretary Ken Salazar at the height of a water supply crisis caused by federal judicial mandates to reduce Delta export pumping in order to protect the Delta smelt under the Endangered Species Act.

Salazar said at the time Hayes would coordinate a federal response by all Interior Department agencies, and work closely with the State of California, local agencies and stakeholders in search of solutions. News reports  quickly dubbed Hayes as California’s federal “water czar.”

However, Hayes became better known for Interior Department roles in  other issues, including energy and Indian affairs.