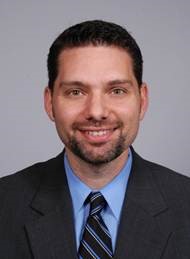 “Jason has successfully led the way on many complex water resources issues in the region,” said Regional Director David Murillo. “His leadership skills will be invaluable in helping the region accomplish our obligations in the areas of water delivery, water conservation, flood control, power generation and protecting natural and cultural resources.”

Phillips previously worked for the U.S. Army Corps of Engineers in Sacramento as a manager on flood control and ecosystem restoration projects, including the Sacramento-San Joaquin River Comprehensive Study. He holds a Bachelor of Science degree in civil engineering from Portland State University.

Phillips will assume his new responsibilities in mid-December. He will be one of two deputies. Pablo Arroyave has served as the Deputy Regional Director since 2009.

Both deputies will assist the Regional Director in managing the Mid Pacific Region, headquartered in Sacramento and responsible for 11 water projects throughout the northern two-thirds of California, most of western Nevada and part of southern Oregon, including the Central Valley Project and its Friant Division. His new position was formerly known as the Assistant Regional Director for Technical Services.

Duties and responsibilities of Phillips and Arroyave have not yet been defined by Regional Director David Murillo, said Pete Lucero, the Mid-Pacific Region’s Public Affairs Officer.

Since January 2011, Phillips has been Area Manager for one of Reclamation’s most challenging posts, the Klamath Basin Area Office, based in Klamath Falls, Oregon. He has managed the operation and maintenance of facilities that deliver water to more than 200,000 irrigable acres and up to 44,000 acres of wildlife refuge wetlands.

The Klamath Project has long been at the heart of major environmental debates. Phillips’ staff  is part of a federal team working on the Klamath Basin Restoration Agreement and Klamath Hydroelectric Settlement Agreement.