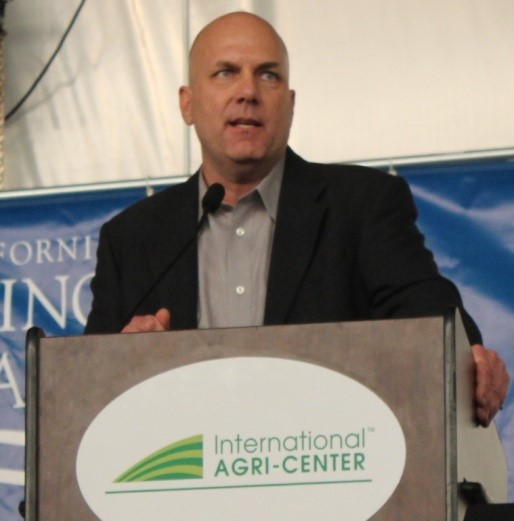 For Friant water users and your local districts, there has never been a more difficult water supply year. As we all know much too well, right now there is no Friant supply available. The number one priority for FWA staff and member districts has been to secure Friant water supplies this year on an immediate basis and throughout the summer to keep permanent plantings alive and to minimize the impacts that a zero water supply would create.
As you know, FWA is also involved in other activities that have also been the focus of much discussion, especially lately, namely the San Joaquin River Settlement and its implementation. Friant and its districts agreed nearly eight years ago with the U.S. Bureau of Reclamation and an environmental coalition headed by the Natural Resources Defense Council (NRDC) to settle the 18-year litigation in which NRDC was the lead plaintiff.
It’s no secret many of you were less than thrilled by the Settlement and the prospect of giving up an average of about 20% of Friant’s water supply to restore a salmon fishery. Our board wasn’t happy either but understood the situation’s reality – that Friant and Reclamation had been found liable for restoring the salmon in a court decision issued two years earlier and were only a few months away from having to go to trial for a “remedy” (meaning water releases) before the same U.S. District Court judge who had ruled against us for years. Friant districts evaluated the risks and alternatives and chose to settle the case which provided greater certainty with respect to water supply and financial impacts and provided programs to reduce or avoid water supply impacts.
Despite concerns over the pace of implementation, funding, and water supply recovery programs (the Settlement’s “Water Management Goal”), Friant always has lived up to its obligations under the Settlement.
That brings us to this year. The drought and limited regulatory flexibility in the Delta are directly affecting Friant water supplies to an extent not contemplated in the Settlement. While the Settlement does not call for any river releases in a “Critical Low” year, it does identify a release of about 74,000 acre-feet in a “Critical High” year. Right now projected water supply runoff is bouncing between the two as estimates get revised.
However, because of the drought and lack of river improvements, the Settling Parties have agreed that no water will be released down the San Joaquin River effective the middle of last February through at least October 1, regardless of year type.
Additionally, you may have recently heard that Restoration Program biologists chose this year to bring spring-run Chinook salmon back to the San Joaquin for data collection 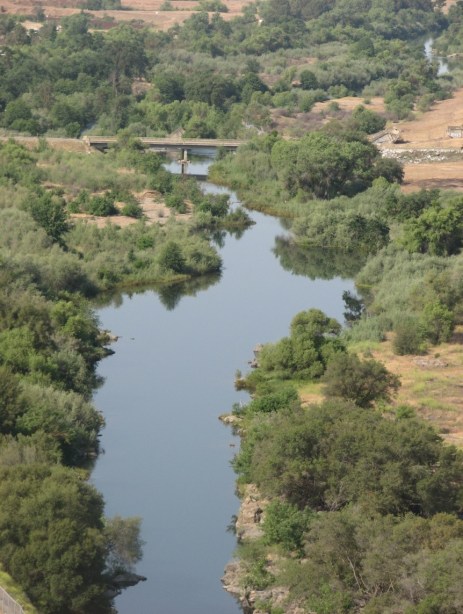 purposes. The National Marine Fisheries Service brought 54,000 juvenile spring-run salmon from Northern California, placed them in net pens downstream from Friant Dam to become acclimated to the river’s unique aquatic signature and then trucked the fish just upstream of the San Joaquin River’s confluence with the Merced River where they will continue their trek around the 60 miles of river without flow this year because of the extreme drought. Very few of these fish are expected to return as adults three years from now.
It is difficult for Friant to understand this decision given low water supplies, warm temperatures, lack of river improvements and limited funding.
What is more perplexing, however, is that the state and federal pumps can be shut down for “taking” less than one percent of the number of endangered spring run salmon being put in the San Joaquin River, where the biologists admit they will likely die.
How is it that the regulatory regime has impacted project operations to the point that the very cornerstones of the CVP, namely Exchange Contractor and Friant Contract obligations, are not honored?
As to where we are today, the Friant Water Authority Board of Directors and staff will continue to fully engage in all venues to secure water supplies for this year and future years. With respect to the Settlement, Friant will continue to monitor Settlement implementation to determine its viability and its ability to reduce, avoid or minimize water supply impacts to long-term Friant water supply contractors. Should Friant determine that the Settlement needs to be revisited, Friant will take the appropriate steps to address the issues of concern and protect its interests.