Declaration Of Drought Gets Issues Swirling 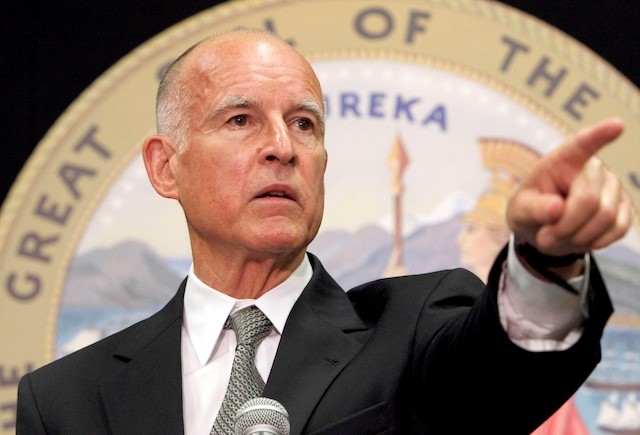 Just a day after a thousand valley residents gathered on the State Capitol steps January 16 to call for state action on deepening dry conditions, Governor Brown did just that by officially declaring what had been obvious for months – that California is in a drought.
The declaration included a call by Brown for Californians to voluntarily reduce water consumption by 20% as the state endures a third straight dry year and, despite the two late February storms, is suffering through the worst year yet.

“We’re facing perhaps the worst drought that California has ever seen since records began being kept about 100 years ago,” Brown said. “We ought to be ready for a long, continued, persistent effort to restrain our water use. This is not a partisan adversary. This is Mother Nature. We have to get on nature’s side and not abuse the resources that we have.”
It may have been coincidental, but the Governor’s drought declaration, coming on the heels of the previous day’s California Latino Water Coalition-sponsored rally, seemed to unleash a flurry of actions and developments that significantly elevated attention being paid to the drought, capped by a Presidential visit to the valley February 14.
The Governor was also part of President Obama’s visit to western Merced and Fresno counties. (Please see related story, front page.)
Brown, who was also in office during the terribly dry 1975-77 period, had been under increasing pressure to make such a declaration and once he did Brown followed with a variety of actions and statements, including those that led February 27 to Legislative action. (Please see related story, this page.)

His drought declaration contained 20 provisions. Among other things, state agencies were told to begin a statewide conservation efforts while easing the process for water transfers. More seasonal firefighters are to be hired because of the dry conditions.
The proclamation allows state agencies to ease requirements for reservoir releases related to downstream water quality and directs them to monitor groundwater levels.
Although thus far stopping short of such an action, the Governor has repeatedly threatened to impose mandatory water conservation if steps taken by local agencies fall short.

During a brief mid-February tour at the World Ag Expo in Tulare, Brown told reporters, “When God doesn’t provide the water, it’s not here” but he said his administration is dealing with the situation.
“As governor, I try to bring everybody together, and at this stage in my life, I think I’m going to be able to do that,” Brown said.
“Washington is made up of two political parties and two houses,” he added. “They like to fight and now they’re fighting but that doesn’t help farmers and it doesn’t help California. It doesn’t help the country. So what I’m going to try to do is to find the middle path, and we’ll get the most done that is feasible under the Constitution and under the politics we have.”
More philosophically, the Governor said, “When you’re in a drought, you’re in a drought. From Biblical times there are plagues and there are droughts, and we have to learn how to live with them.”