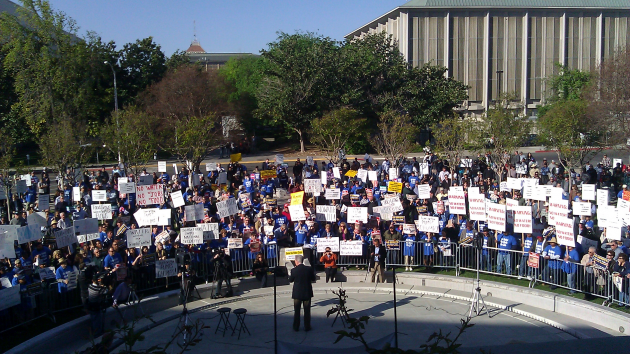 A large crowd rallies for water outside Fresno City Hall before a House Natural Resources Committee hearing March 19 on the state’s water crisis and its impacts. Chairman Doc Hastings (R-WASHINGTON), the entire valley Congressional delegation and other panel members participated. There were repeated calls for the Senate to pass legislation on the California drought so it and a measure already passed by the House can go to conference. Among those testifying was Friant Water Authority and Kaweah Delta Water Conservation District Director Mark Watte of Tulare. He said various federal and state initiatives to spend vast sums on drought relief and climate change aren’t needed. “We need water,” Watte said. “Any meaningful substantive progress in improving our situation has to begin with some common sense.”