There seems to be no question that the big losers in California’s three-year drought are going to be those tied in some way to irrigated agriculture.
California has long been the nation’s leading agricultural producer with crop values at $44.7 billion but the lack of surface water for irrigation, despite the recent rains, will almost certainly deprive farmers of the ability to produce anything near normal amounts of the vast number of commodities typically counted upon by Americans.
Groundwater, the only source of supply remaining in many areas, is also declining and well drillers have backlogs of orders for new or deepened wells. 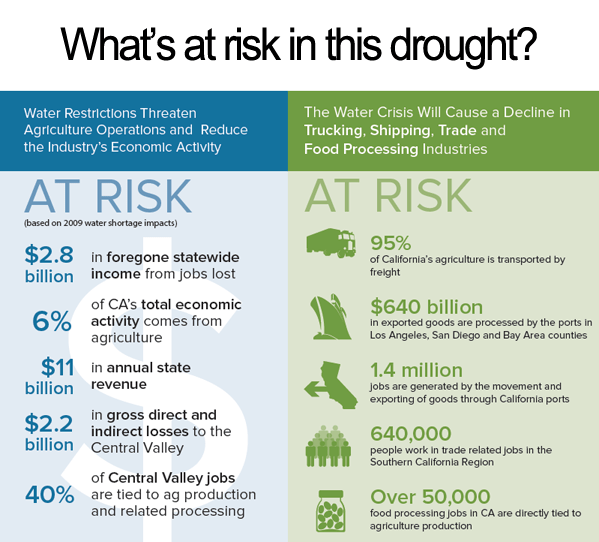 At RIsk In The Drought

Lost revenue in 2014 from farming and related businesses such as trucking and processing could reach $5 billion, according to estimates by the California Farm Water Coalition.
Estimates of drought-idled farmland in 2014 have grown steadily over the past few months and most recently topped 500,000 acres, and that was before the Central Valley Project’s zero water supply allocations were made for the one million acre Friant Division by the U.S. Bureau of Reclamation. Also receiving no supply were CVP and State Water Project agricultural contractors along the West Side.
Permanent crops are being increasingly pulled, particularly on the West Side, and large expanses of row crops simply are not being planted.

A LOT OF OPEN LAND 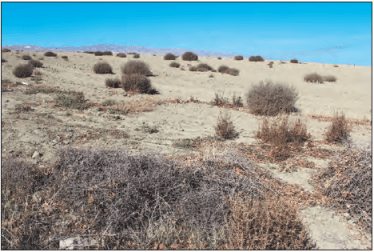 Tumbleweeds are about all that is growing on one of the growing number of already fallowed fields within the Westlands Water District. This field is near Manning Avenue and Interstate 5.

Karen Ross, Secretary of the California Department of Food and Agriculture, said the drought-idled acreage is going to add up to “a lot of miles of open land.”
Fallowing is expected to equate to about 12% of last year’s principal crops, which in turn will inevitably lead to fewer choices and higher prices for consumers, according to Farm Water Coalition Executive Director Mike Wade.
Typical of row crops taking a hit is the fall and spring lettuce crop on the West Side that typically supplies a majority of the head lettuce sold in the United States in those seasons. Acreage is far below average. Other largely unplanted West Side row crops are processing tomatoes, broccoli, cantaloupes, garlic, peppers and corn.
It remains to be seen what Friant Division crop losses will result from the drought although the citrus industry has already been hit hard by a major December freeze.
Paul Wenger, California Farm Bureau Federation President, said, “Farmers across California face wrenching decisions today, as well as in coming months. Will they have enough water to plant crops, to water their livestock, and keep trees and vines alive? We’re in a dire situation that we’ve never been in before.”

“An additional concern is how many people they may have to lay off as a result of water shortages,” Wenger added. “Any way the state and federal governments can provide assistance in adding water to the system will help.”
“Any job that’s associated with agriculture is hurting,” Wade said.
The ripple effect that fallowed acreage and crop production reductions the drought is already taking a growing toll on farm workers, those in related businesses and the rural communities that depend on farming, and is expanding to the southern San Joaquin Valley’s East Side.
The Friant Division and other parts of the south valley have until now escaped the worst of the water supply curtailments that have been common for two decades on the West Side as a result of Endangered Species Act-related curtailments in Delta water export supply pumping.
“We know what is coming,” Mendota Mayor Robert Silva told a reporter. “Unless farmers get the water they need, things will get ugly.”

← The Culprit Behind The Drought
Drought, Water Issues Get World Ag Expo Focus →